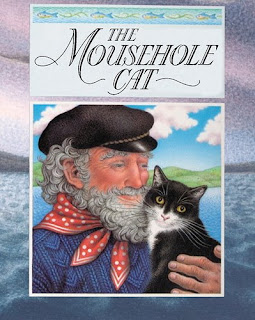 Dear Mr Postman - thank you for coming today .. my mother will enjoy her letter in due course, at the moment she's still in the hospital and I have to hope they'll hurry up and let her get back to her Kestrel House Nursing Centre .. this is not an easy time .. she will love some more snippets of days gone by ...

Cornwall is a county with a wonderful history, so names would spring out, .. folklore would kick in, a magical place for families having a holiday .. so much to do, so many coves, tiny beaches, windy outcrops, cliff paths for coastal or moorland walking - the north coast fresh and invigorating, while the south coast extremely equable and mild .. the Cornish claim that their county is the first, the last and the best county in England!!
Penzance which has a splendid position on Mount's Bay - looking out across the sea to St Michael's Mount and the Lizard - became known as the capital of the Cornish Riviera once the London mainline railway terminated here. Passengers (and trade) were able to make use of the line from 1867 to travel to or from London - once the guages of the various railways had been standardised!
The Penzance climate is so temperate that the Morrab and other gardens contain numerous examples of sub-tropical vegetation and are filled with colour all through the year, particularly in Spring when the great bushes of camellias and magnolias are in full bloom.
The next westerly village along the coast towards Lands End is Newlyn .. which has some interesting statistics .. as well as being the village where my mother had her Care Home .. perched up above the harbour, looking east towards Penzance, St Michael's Mount and on to the Lizard peninsula. Surprisingly a few years ago Newlyn was the largest fishing port by turnover (>£18 million in 2004) in England .. and the village with its humpbacked, one car width, bridge on a lefthand bend was a bit overwhelmed by the continental lorries that swarmed into the village to pick up their loads of fish!!
The other piece of recorded fact is that the Ordnance Datum or Surveying Benchmark in the British Isles is based on the mean sea level at Newlyn .. so most measurements recorded on maps, or sea levels in the 20th century were based on those occurring at Newlyn - until computerisation took over. (Up until 1915 Victoria Dock in Liverpool had been the Observatory's original home).
The Newlyn School of Artists was established in the 1880s - 1890s and the village along with Mousehole remain very popular with the painting community. St Ives across the peninsula on the north coast is probably better known for its artists colony, sculptors, artisan crafts etc and now The Tate St Ives.
Mousehole, or "Mowzal" as the Cornish call it with their dialect, is a typical Cornish fishing village set in nooks and corners overlooking St Michael's Mount bay - and with Marazion was until the late 1500s one of the principal ports of the Bay. The last person to speak Cornish died in the village in 1777, although the Cornish language has not died out completely and is somewhat being revived. Mousehole has been immortalized in the book "The Mousehole Cat" by Antonia Barber and so is a tourist attraction for cat lovers, as well as being an excellent starting point for the coastal cliff path, passing Lamorna Cove, the Minack Theatre - hewn out of the cliffs, looking out over the moonlit seas and on to the end of the land: Lands End.

Thank you Mr Postman - those snippets in our Positive Letter .. will bring back memories for my mother and we can 'travel' to the other villages another time .. you are clever to spread your knowledge out - as I know there's so much history here in Cornwall going back thousands of years that would be interesting to hear about too ...
Hilary Melton-Butcher
Positive Letters
Posted by Hilary Melton-Butcher at 13:59

Thank you for giving us more information on the areas around Penzance! I would love to go there! It sounds like a very special place with wonderful memories!

It is interesting to read your articles on England history. I did not know there are other languages than English. It is just like Japan had 3 major different races and 3 languages. I enjoy similarity.

Thank you for your article.

To tell you the true, I have never learn about Cornwall before reading your blog. It sounds like such an interesting place. Thank you for that you do.
Giovanna Garcia
Imperfect Action is better than No Action

Hi Pete .. thanks for your comment - it is an amazing place & you and your family would love it .. it's great to show you round and give you a flavour of the area ..

Hi Shaw .. it is really interesting reading your comments and gives me some ideas for future posts .. as we have lots of languages in England .. though we speak English as our national language in Britain.

It's also interesting to learn that there are three languages in Japan because there are 3 races ..

Hi Gio .. thanks so much for visiting .. it is certainly lovely down there .. a little like your La Jolla cove ..multiplied by lots!!

I'm glad you're enjoying the posts .. 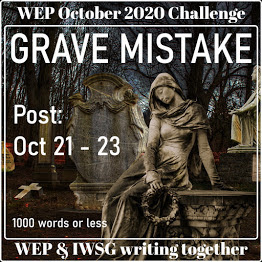