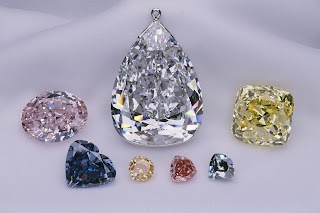 Rough diamonds – know any? An uncultivated person of intrinsically great merit with a good character, who is lacking social polish .. someone who may become a “Diamond of the First Water”: this is actually an especially fine diamond, one of the greatest value for its size (the colour or lustre of a diamond is called its “water”).

Diamonds have been known in India for at least 3,000 years, but probably much earlier, where the alluvial deposits made mining easy and supplies accessible. The name ‘diamond’ is derived from the ancient Greek word meaning “unalterable", "unbreakable”, or “untamed”, while the diamond itself as a tool had been used by early humans for engraving, while once cut and cleaned the stones were used for adornment by the ancient Indians on their religious icons.

India led the world in diamond production from the time of their discovery to the mid-18th century, when diamonds were found in Brazil in 1725, then were found by explorers and miners in other parts of the world starting notably in Southern Africa: large deposits being found in the cooled igneous kimberlite rocks of South Africa and Botswana. Large holes being excavated under crude conditions – such as the Big Hole at Kimberley. 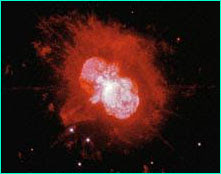 World famous diamonds have also been uncovered at the Alexander Bay alluvial diamond mines – where the Orange River flows into the Atlantic Ocean. De Beers Mining of South Africa owns the rights to these mineral rich river deposits. When they were first found in the 1920s it is recorded that 14,000 carats were once unearthed in only six weeks’ mining. The diamonds found here have been of extraordinary quantity, quality and diversity.

In recent years gemology experts have been able to grade diamonds creating more value to the different characteristics that are used as the basic descriptors of the stones: carat, cut, colour and clarity.

Diamond has remarkable optical characteristics because of its extremely rigid lattice, and is only contaminated by a very few types of impurities. Normally the stones are transparent with a relatively high optical dispersion, shining like rainbows with their natural lustre or brilliance. 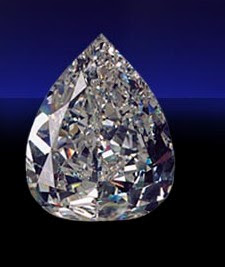 e colour range is truly incredible, but we lesser mortals are unlikely to see, these amazing jewels – blues, pinks, reds, purples, browns, yellows, greens ..on the day after Halloween if you want to be bewitched please visit famous diamonds .. and be left truly wondering.

Diamonds in the Sky are probably not farfetched as we might think; glittering stars in the night sky aside, scientists have long known that there are diamonds in the heavens. Black diamonds, (“carbonados”) named after the Portuguese word for burned or carbonized, carbonados were first found in Brazil in the 1800s and have since turned up elsewhere. Unlike our normal expectations of clear diamonds, which are single crystals, black diamonds consist of aggregations of individual crystals, giving the gem its depth of dark colour. There are black pearls, but these are cultured and do not grow naturally.

Oysters are found in the clear waters of the seas, which provided an essential food for man living on, trading along, or exploring the coastal waters. Pearl oysters are not edible. The name pearl came from the Persian “morvarid” (sea-daughter), becoming “markarit” in Armenian, then “margarites” in Greek, and finally “margarita” in Latin (hence our name Margaret). The Romans adopted the slang ‘pirla’ referring to the elongated shape of the pearls worn as pendants, which has been retained by our modern tongues of today.

The Portuguese also influenced the naming of the misshapen pearls by calling them baroque pearls, after their word “barocco”, which strikingly characterised the architecture of the 1600s to 1750 period – so called the Baroque style. 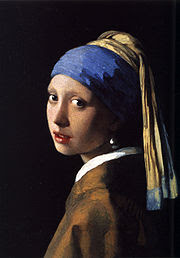 Pearls like diamonds have been retrieved from the waters of the Indian Ocean and South China Sea before Christopher Columbus, opened the doors to the Americas for the Spanish Conquistadors to take advantage of the abounding riches in the new lands. Columbus discovered Margarita Island, some 200 km north off the Venezuelan coast, so named after its extensive pearl beds, which amounted to almost a third of the ‘tribute’ to the Spanish Crown.

Girl with a Pearl Earring by Johannes Vermeer (c. 1665)

As with diamonds, pearls are also defined by a combination of the lustre, colour, size and lack of surface flaw and symmetry that are appropriate for the type of pearl under consideration. Lustre however is the most important differentiator of pearl quality.

Pearls too, as you would expect, come in different shapes – the perfectly round pearls are the rarest and most valuable. Natural pearls are nearly 100% calcium carbonate, and those which are large, perfectly round are rare and highly valued. Teardrop-shaped pearls are often used in pendants, and as with diamonds, the other shapes are used in other ways to enhance their value, despite their flaws. 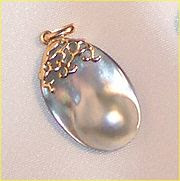 A blister pearl, a half-sphere, formed flush against the shell of the pearl oyster

A pearl of great price is something highly treasured or especial value – as are diamonds as a girl’s best friend, or diamonds being forever – all recorded in our cultural history be it art, music, film or words .. “Lucy in the Sky with Diamonds”. Have you rough diamonds in your mix along with pearls of great price – we all have and we should value them each and every one.

Dear Mr Postman – it is kind of you to deliver this letter by hand, as you are still on strike – especially on this wet and windy first of November. My uncle’s funeral was very simple and touchingly English with about 70 of his old friends and family – so it was a sad, but joyous occasion – and the autumn colours at their house enhancing the setting over the pond, made for an empathetic goodbye.

How could I resist reading about diamonds! I love diamonds and pearls and wish I had more to adorn myself with! Thanks for a great history - I didn't know diamonds were first found in India and that it was only recently that Africa became the main global source.

Sorry to hear about your uncle. You did such a wonderful job in making his last journey as easy as possible. And you're still there for your mum. I'm sure she likes this post too. Bless you, Hilary, for being such a lovely soul. You're a true, pure diamond - hardy and beautiful.

Hi Hilary, I bet your uncle was a diamond.
I personally have not acquired a taste for jewelery and indeed rather gather rough diamonds and pearls who walk on two feet.
I did have a look at your recommended websites to finally see colored diamonds.
Love to you both, Wilma
PS it just daunted on me that the nick name of the Sydney Bridge is coat hanger, duh.

Hi Daphne .. thanks .. they are so beautiful. Sources of diamonds now are still Africa, but also Russia, and they're finding them and looking elsewhere in the States, Canada, Brazil and Australia.

Thanks for the comments - I just did what I could for my uncle .. When we get to look at the diamonds .. she'll remember our visit to the Big Hole in Kimberley. More memories for her of happy times.

Hi Wilma .. glad you remembered that the Sydney Harbour Bridge seems to be called "the coathanger"!

My uncle was definitely diamond, though a pearl too of the roundest, smoothest most wonderful sort and I'll miss his knowledge of all things.

Glad you looked at the diamond site - and as you say they're not for everyone, but they are so pretty! Natural adornment is all that's needed and being us .. and I'm sure you're a pillar of your society, helping everyone you can - you have wonderful advice.

Love to you and your friends ..
Hilary Melton-Butcher
Positive Letters Inspirational Stories

Diamonds and other gem stones are so beautiful to behold, and have cost so much in the lives of humans....I don't know if that makes them more valuable or not...I would say my Father was a diamond in the rough - brilliant guy but not polished, except by the facets of life.

I just got my daughter pearl earings that the young pearl divers are now protected in their retrieval work....they are very irregular in shape and lovely to behold. I loved that I was able to secure more safety for the fellows who do this work through my purchase

Hi Patricia .. they are so pretty - but as you say have cost many lives - if your father was a diamond - isn't that wonderful - and becoming faceted by life - is a great line.

How lovely to give your daughter such an individual present .. and that you're supporting the 'fishers' .. I love the irregularity of pearls .. I have one in a body of a pheasant; and I found one in an oyster once .. except my ex tipped the box up and spilt it .. so my pearl went onto the floor and away - as we were moving that was it .. lost forever - I've rued it ever since ...

My favorite gemstone is the diamond. I love it for its clear look. I prefer it to any colored stones or pearls anytime.

Sorry to hear about your uncle. Glad to know that the autumn colors made it a beautiful funeral!

Hi Evelyn .. thanks - they certainly sparkle and their clarity, or cleaness. But I love that richness of coloured gems polished smooth.

Thanks for the thoughts re my uncle, but it was a lovely autumn day and I'm grateful for that.

Unfortunately off to hospital again with my mother today .. so it doesn't stop! Such is life I guess .. plod on.

Thanks for stopping by and your new abundance tapestry is lovely .. bon chance for the future and new ventures.

I never wear diamonds...I guess I don't have any best friends! I love funky jewelry and unusual stones. I love Wilma's type of diamonds!

Hi Tess .. thanks for visiting - and yes diamonds are for some, but not others - and I expect you look really good in funky jewellery with unusual stones .. love the idea: something different. Glad you like Wilma's type of diamonds - the rough sort are amazing gems underneath quite often.

Some people think everyone is a diamond in the rought. Other people know that perfection is in the eye of the beholder.

Hi Liara .. you are probably right we all have rough edges and we all sparkle at times. As you say perfection is in the eye of the beholder .. that's why the baroque pearls rather fascinate me.