Food for the table .. seeds from under stones! 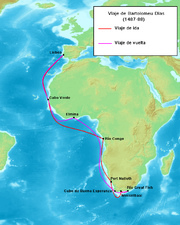 Dear Mr Postman .. thank you for coming today - and I see your letter tells us how important 'posting' became in the early days of exploration .. my mother will be really interested as she loves gardening and was an excellent cook ..
The Portuguese and Spanish were the early explorers, before the ingenuity of the French, English and Dutch started to take over and they were able with their new inventions to travel ever further round the world .. see my previous posts The Ages of Exploration. In the Middle Ages as settlements grew up, herbs and plants started to be cultivated and understood .. so that those settlements could be sustained through the growth of their own produce and the domestication of animals for food, power and transport.
After 1492, a global exchange of previously local crops and livestock breeds occurred. Key crops involved in this exchange included the tomato, maize, potato, cocoa and tobacco going from the New World to the Old, and several varieties of wheat, spices, coffee, and sugar cane going from the Old World to the New.
The most important animal exportation from the Old World to the New were those of the horse and dog (dogs were already present in the pre-Columbian Americas but not in the numbers and breeds suited to farm work). Although not usually food animals, the horse (including donkeys and ponies) and dog quickly filled essential production roles on western hemisphere farms.
By the middle of the 1600s the Dutch were the leaders in trade around the tip of Africa and had opened up trading routes to the Dutch East Indies and needed a place where they could restock their ships on the way through. The great Dutch maritime and trading company, popularly known as VOC (Vereenigde Oost-Indische Compagnie) despatched a party of officials to the Cape under the direction of jan van Riebeeck with orders to establish a revictualling station for passing ships.
Within 14 days of their arrival these early settlers had laid out a vegetable garden, and a month later, Commander van Riebeeck wrote home to the Lords Seventeen (his masters) requesting them to send out more sweet potatoes, pineapples, seeds of watermelon, pumpkin, gourd, cucumber, radish, as well as vines and fruit trees for cultivation. In particular, he asked for young orange and lemon trees for the value of fruit, especially lemons, in treating scurvy among sailors was recognised even then.
The locals - the "Strandlopers" - was the very descriptive name given to the indigenous peoples of the Cape in the 17th Century. Theirs was a care free existence: they neither cultivated crops nor tended cattle, and since they depended entirely on the land ('veld') and ocean for their sustenance, there was no stable food supply available for the voyagers who called at Table Bay at that time.
But success for van Rieebeck was certainly not instantaneous and at first the gardens proved disappointing, for rigorous winter storms destroyed one vegetable crop after another. All the same the Commander's refreshment station progressed to such an extent that within six months of his arrival he was able to treat the officers aboard a trading ship to a farewell dinner at which they were served produce and livestock grown and raised locally.
On the menu were chicken, peas, spinach, asparagus and crisp, firm heads of lettuce, as well as chervil - which was used to flavour soup, sauces, salads or boiled vegetables!!
The Company's gardens flourished .. and Cape Town soon became known as the 'Tavern of the Seas' - as well as the produce above, they grew endives, cabbages, cauliflowers, turnips, radishes, beets, carrots, parsnips, horseradish, pumpkins, artichokes, fennel, chillies, cantaloup melons .. including varieties of beans and peas .. and by the time van Riebeeck left ten years later, the inventory included over 1100 citrus trees, ten banana plants, two olive trees, 24 chestnuts, 19 plums and 70 other fruit trees, including walnuts, quince, apple, cherry, apricots, guavas, medlars, mulberries and all the varieties of berries and currants available!
The Cape Town Botanical Garden now occupies less than 6 hectares of the Company's vegetable garden - while the change from an agricultural to a pleasure and botanical garden occurred gradually as produce became available from newly settled farmers.
As with other cities Cape Town has been developed and had land reclaimed from the sea .. the Castle of Good Hope was built on the edge of the Strand .. the seashore .. and when they were excavating a superbly preserved postal stone was uncovered dated 8 April, 1635. Seamen left their letters under such stones, as mentioned in yesterday's post, to be delivered by later seamen to appropriate destinations, indicated by the carvings on the stones.
Once the trading post and the Company Gardens had been established a more permanent system of sending letters and requests for seeds, trees, plants etc was developed. The postal system was starting to become more permanent and used around the world: seeds appearing from stones!
Thank you Mr Postman for that story .. my mother will enjoy it .. she woke up in a foul mood today - she told the Staff Nurse, who laughed with me .. but wasn't awake earlier when I went in ..
Hilary Melton-Butcher
Positive Letters
Posted by Hilary Melton-Butcher at 07:32

Good informative post. I like your history on Europe, especially on exploration. Food for the table. How did they feed themselves when they were on voyage?

Hi Shaw ..thanks for your comments .. and I'm glad you like the history and exploration. I'm not sure re the food on the ships .. I'll have to find out! and let you know ..

Hilary, that was a wonderful post. We learned a lot thank you. Hope that all is well. Give your mother a hug from us, her fans.
Dan and Deanna "Marketing Unscrambled"

Hi Dan and Deanna .. many thanks for visiting and just so pleased you learnt a lot ..as you say .. I love history this way!!

She's so appreciative of you all .. as she knows that you are supporting me too - many thanks ..

Interesting information on the Dutch trading post in South Africa! Van Rieebeck obviously was a successful name in Dutch history.

This apparently was the beginning of the colonization of South Africa! Since you were there you bring a different viewpoint and historical knowledge!

Thank you the the ensightful post! Give my best to your mom! We wish her well!

Hi Pete .. many thanks for visiting .. yes van Riebeeck is definitely a successful person in South Africa. That's when colonisation started and when the Cape-Malay-Dutch influences started to merge and endure til today.

Thanks for the wishes to my Ma .. I too wish her well!!

Its mind-blowing how the post used to travel with a rider on horseback or through other slower measn than modern times. We can learn a lot from technology and how it mediates communication. Perhaps its a wake-up call to revisit how people value each others. Many ways exist to communicate and share love.

Hi Liara .. it is a shock when we learn how we started out on life .. in this modern day - ie 2,000 years .. communication is amazing now - but I think we all love the personal letter, card - hand written with love and care .. the older (nor middle age!) person isn't ready yet to join technology totally .. people love stories .. my mother certainly does.