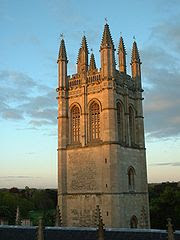 Dear Mr Postman .. thank you for coming today .. will you be having a May Day bank holiday as we do here in England? - or are we going to be lucky enough to see you over the long weekend .. we are - oh excellent .. we certainly appreciate your deliveries. Today is May 1st and our English customs abound ... the three milking month??

I remember May time for a number of reasons .. and I was talking to my Ma about our driveway at home .. having alternate red and white may trees in the border .. my mother really was an extraordinary gardener .. the garden always looked wonderful and the drive up to the house at this time of year transported you into the time of abundance .. the orange, russet, yellow brooms lining the bank below the grass tennis court, the blossoming May trees in the exploding border, and on the other side the orchard full of apple, plum and pear blossoms promising fresh fruits later on - we were so lucky as kids.
I went to school in Oxford and May Days for the University students was an annual ritual .. Up the hill at boarding school - 'us girls' all wanted to get up and join in the revelries - not wanting to miss anything!! .. obviously not an option ... it starts early at 6am with the Magdalen College Choir singing a hymn from the top of Magdalen Tower, a tradition of over 500 years.
Large crowds normally used to gather under the Tower, along the High Street and on Magdalen Bridge to join in the general revelry and festivities that followed including Morris dancing, impromputu music etc for a couple of hours. There's a party atmosphere with balls celebrating the arrival of May Day, so quite a few of the crowd are in formal attire .. black tie/ white tie or ball gown .. adding to the surreal atmosphere of the misty May morning. Until recently there was a long tradition of university undergraduates congregating under the bridge in punts, having early morning champagne breakfast picnics - sadly this has been stopped due to stupidity, while the bridge had to be closed, as the River Cherwell is only two foot deep .. and so turned out to be very dangerous .. great pity - but that's life!
The Anglo-Saxons called this month "thrimicle" .. because then cows can be milked three times a day!!! the present name is from the Latin 'Maius', probably from Maia, the goddess of growth and increase, connected with major. The Old Dutch name was Bloumaand (blossoming month), while the French Revolutionaries called it 'Floreal' .. the time of flowers: all these explanations seem to tie in with Virgil who says that Roman youths used to go into the fields and spend May Day dancing and singing in honour of Flora, goddess of fruits and flowers.
Here in England we've long held traditions of celebrating May Day with games and sports .. so this long bank holiday weekend will be filled with archery tournaments, Morris Dancing, the setting up of the Maypole and the crowning of the May Queen. In due time Robin Hood and Maid Marian came to preside as the Lord and Lady of the May, and by the 16th century May Day was Robin Hood's day and Robin Hood plays became an integral part of the festivities.
The origins of Mayfair - that prestigious area of London .. the Maypole and May Queen, 'Here we go gathering nuts in May' ... do we? I don't think so .. other traditional May Day celebrations from other parts of the world .. and our English regional celebrations .. as well as celebrating our Great Britain .. Happy Birthday to us - we're 302 years old!! .. 1st May 1707 was the day of the Act of Union came into effect, joining England Scotland to form the Kingdom of Great Britain.
It's also marked as Labour Day in other parts of the world .. so much to tell you .. another day .. it is also Law Day in the States, reflecting the importance of the role of law in the foundation of the country .. however the English traditions were also taken over and in some areas are still practised - modern May Day ceremonies vary though .. and include both the "Green Root" (Pagan) and the "Red Root" (labour) traditions. Among the largest is the May Day Parade and Pageant in Minneapolis created by In the Heart of the Beast Puppet and Mask Theatre which sounds great fun ...
Well Mr Postman .. that will ring some bells and seeing the pink hawthorn (May) will be very pleasing to my Ma as we remember our old home .. I hope we have a quieter day, as she was fed up yesterday, and this will cheer her up .. we have no decisions yet .. today is meant to be the day .. thank you for your thoughts .. I'll pass them on to her ...
Hilary Melton-Butcher
Positive Letters
Posted by Hilary Melton-Butcher at 11:31

Very interesting post about English traditions! It was inforative to see the various forms of May day celebrations today!

As Americans, Britain has been so instrumental in the developement of this country. English Common Law is the basis for the laws in our country.

The milking of the cows was a very interesting snippet!

Have A Wonderful May Day!

Hi Pete .. it is interesting to see the various links .. and there's more to come on May Days everwhere.

Yes English Common Law is still valid now .. though the European Union is having an imprint on British Law and we are becoming so much more regulated. However - interestingly South Africa practises Dutch Roman Law!!

I thought milking the cows was fun too!

You to .. have a good May Day ..
Hilary Melton-Butcher
Positive Letters

Wow! Another great post with lots of insight. If you've had a chance to read my blog, you'll note that today is my little sister's birthday (though I guess she's not all that little being 24 today!)and that gives May Day a special place in my heart. Thank you for sharing all of this wonder knowledge.

Hi PP .. thanks .. I haven't got there yet .. probably tomorrow ..there's so much more to May Day and your sister's birthday .. just hope you had a wonderful day with her .. or were able to journey across the airwaves and be together?

Enjoy the weekend .. sounds as though it should be great ..

Talk about connections and coincidences. I lived in Oxford for three years and well remember the choir singing from Magdalen Tower! Wow, to think we were both standing under the same tower, though probably not at the same time.

Sad to hear they've stopped the punting though, and that the Cherwell has silted up. I loved punting season, so this post brought back memories...

Hilary, we loved that post. Go have a lot of fun and tell us about it. Thank you for sharing.
Dan and Deanna "Marketing Unscrambled"

Hi Daphne .. how amazing - it is a small world isn't it?! Yes we can both envisage the choir singing .. I also suspect not at the same time!!

They haven't stopped the punts .. it's just on May Day and when "the gowns" and "the towns" are likely to get out of control! Also the Cherwell always was only two foot deep .. so you just don't jump from bridges into it!! deadly .. I'm afraid or paralysing ..

Glad the post brought back good memories of Oxford and its spires!

all the best this May weekend ..
Hilary Melton-Butcher
Positive Letters

Hi Deanna and Dan .. thanks for visiting ..- yes I should be out and about .. however other things press this year .. but it's good to know the traditions live on .. and may have 'morphed' into modern interpretations around the world .. but at least we can remember our roots.

Thanks - you have a good weekend ..
Hilary Melton-Butcher
Positive Letters

Nice post. Your article reminded me my grand-ma's house in back side of Japan. Also my university's tower. Students used to hang around the tower drunk after baseball games.

May is beautiful season as you say. I like it as you. Thank you for your sharing.

Hi Shaw .. glad the ideas brought back memories .. especially of your grand-ma's house .. it is the season of new growth which is so encouraging ..

Thanks for visiting and sharing with us ..
Hilary Melton-Butcher
Positive Letters

Thanks for the insight into intriguing history and intimate glimpses of your life. Honesty is the best policy. When a person is honest with himself, it is easire to be honest with others.

Thanks Liara for visiting .. and for the insight into history and life .. we had a lovely time as kids ..
Hilary Melton-Butcher
Positive Letters