A journey of surprises ... 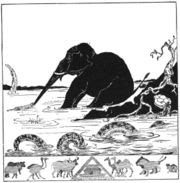 Dear Mr Postman ..it's good to know you hold letters while I'm travellin' .. my mother will love this story .. as it resonates about Africa .. and will cheer her and bring back happy memories .. - ' yes, thank you .. she seems to be ok and Janice, our healer, has been in to see her .. and thank goodness hasn't been sent back to the hospital again .. enough is enough .. she just hates the journey and the constant pricks and jabs .. necessary I suppose .. I hope she can rest up while I'm away'

Travelling is always interesting .. and something I've learnt to take in my stride, not get stressed about, just do it .. and arrive safely!! It's pretty grotty .. tiring and dirty, lots of hanging around .. but people can make it interesting .. and I had that kind of trip ...
I was up at 3.30 am... pretty weak and weary .. to be confronted by my 'FB daughter' who said you're up late .. no, no .. I replied .. just got up .. to travel on!! I had to have my wake up coffee and brief laptop stint, before final packing (well rather a lot of disorganised packing) .. after the day in the hospital on Monday, and getting Mum back to the Nursing Centre on Tuesday, and visiting my uncle, who had a friend (my age) of theirs visiting .. Jackie lives in New Zealand .. so it was good to catch up with her .. only briefly as you might expect .. and leave my uncle with copies of my last posts - which he seems to get caught up in .. and gives him another side to life!
I caught the 5.45 train, which goes direct to Gatwick .. and I can walk (5 mins) from my house to the train .. I live between the terminus and the sea .. so it's a good convenient place: bang in the middle of town. The train couldn't go further south in the 1800s .. as the sea groynes, sea defences and embankments weren't in place then so the sea encroached, when it felt the whim!! & the trains would have sunk in ...
I chatted, as is my nature, to a couple of the guys, who travel regularly up to town .. and one of them, a podiatrist, advised me on the return journey to avoid jet lag, which was terrible in January, to just drink water on the last leg .. ie for me to have something to eat in Philadelphia and nothing on the flight back, then have my normal meal on my return = breakfast. I may try it .. I tried that coming on the 2nd leg here from Charlotte .. and actually feel so refreshed today ..my brain feels clear .. the first time for a while .. so perhaps I've cleared the clutter and ditched into the Sargasso Sea on the way over?!
Stories .. stories .. I hear you say .. what amazing luck we have .. and how everything seems to slot into place .. my seat companion was a young lady of 28 .. absolutely delightful .. and quite quickly we established rather more connections than we both expected it was great and we'll be seeing each other again & being in touch.

Twumwaa (!! yes I know ..me too ... pronounced Chumwaa (almost like choomwaa) .. her parents didn't give her 'an English' name .. both her parents have English names - her Dad is Charles!! Twumwaa is Ghanian and speaks impeccable English .. I find the Africans' English is so often better than my own - I'm ashamed to say.

Twumwaa .. was, to my amazement, brought up in Zimbabwe .. and obviously we got on to where are her parents now? (well I did .. as I'm terribly quizzy by nature and garner as much information as I can .. however even for me I had to leave the door open for further chapters .. which I'm so looking forward to) .. well - they are still there .. my eyes opened .. and I sort of asked 'why'?
Well .. her father started a Heart Foundation and they have a clinic, which her mother runs, and which continues to this day. I was staggered to hear this .. and asked how, why etc .. - the Zimbabwe story is so, so sad - perhaps that's an understatement .. as it was such an amazing country. The Heart Clinic caters for anyone who can afford?! and from what she was saying there are plenty of people who can afford its treatment, when it is required. Obviously it will cater for the 'wealthy' .. and the diplomats, while at the same time with links to South Africa and the British heart foundations and hospitals a great many charitable treatments are carried out .. and there is a base in Harare for heart ailments.
I'm really looking forward to hearing more .. I've just been in contact with a friend from Zimbabwe, whose father was a general surgeon in Bulawayo when I visited in the late 1970s, to ask for her help .. with some insurance info .. re Australia, where she now lives. This insurance info is for the young (21) American friend we were in the Acute Brain Injury unit with 23 months ago ...
The amazing connection is that Twumwaa works in the National Health Service here in the UK and deals with contracts .. and said she could provide the English side of the story .. talk about small world ...
.. and there's another connection .. her uncle??!! .. tells stories professionally in London!! He's a professor of English ... and teaches English as a foreign language .. while his stories are from the Middle East mainly .. & around the world .. based on folk lore .. telling moral fables .. - they should be so interesting .. so guess where I'm going soon (to get some tips) .. to his next reading!

Must go .. but more stories on - elephants, pythons, Zimbabwe .. wonderful ..

Thank you for holding our letter til I get back to the UK and then delivering it to my mother .. she loves her stories and wished me a good trip .. saying it'll be a change for me .. she's so wonderful ..

Such a great post! So much packed in and it was wonderful to read. Thanks for sharing it. :)

Thanks for being so supportive ..
Hilary Melton-Butcher
Positive Letters

Obviously your experiences in Africa have had an impact on your life! Apparently, in England you are exposed to more Africans that we are here in the U.S.

I really enjoy reading about your experiences there!

Hi Pete .. yes - Africa impacts .. and it definitely gets into your blood!

We have lots of peoples from Africa, India etc coming to live and work inthe UK .. back in the 1950s & on .. and it is so interesting to listen to them and hear their stories.

Thanks .. if we open our minds to other cultures - it all helps ..