Black Swans .. with a little Latin, Greek, Sanskrit thrown in for good measure ... Apparently the genus Cygnus evolved in Europe or western Eurasia in the Miocene period – this was an awful long time ago .. far too complicated for me to put into any sort of time frame that I at least can understand! Later on the southern species branched off. Miocene comes from the Greek words for “less” and “new”, meaning “less recent”, because it has 18% fewer modern sea invertebrates (95% of all animal species) than the Pliocene epoch.

The word swan has derivations in Old English, German and Dutch, which in turn was derived from the Indo-European root “swen” (to sound , to sing), whereby Latin derives "sonus” (sound). Young swans are known as ‘cygnets’ from the Latin word for swan, ‘Cygnus’.

While the term cob for an adult male, comes from middle English cobbe (leader of a group); an adult female is a pen. Pen is also derived from the Sanskrit root ‘pet’ to fly, coming from the Latin ‘penna’ for feather. The heraldic plume referring to the use of long wing- and tail-feathers on crests and other heraldic devices: at this point my classic lessons cease – in this post at least! Swans are amazing creatures – they are the largest members of the duck family and are among the largest flying birds – reaching a length of over five feet (nearly 2 metres) and weighing up to 50 pounds. Their wingspans can be almost 10 feet (3 metres), while compared to the closely related geese they are much larger in size and have proportionally larger feet and necks.

The largest species include the mute swan, trumpeter swan and whooper swan – the mute swan I posted on their royal connections in my recent story on Swan Upping. The whooper swan is also called the tundra swan denoting its wintering ground. Generally they are found in temperate environments, rarely occurring in the tropics, and they do not occur in Africa. 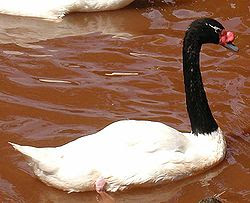 In South America they have evolved to become the Black-necked Swan their largest native waterfowl, but which is smaller than its white or black cousins on the other continents. They are widespread and common throughout the southern part of South America, and fortunately are able to find wetland sanctuaries throughout the region.
The black swans found in southern Australia are mostly black feathered birds, with white flight feathers, and having a bright red bill. It is also smaller than its northern cousin, and is unlike any other Australian bird.

The Australian black swan is the musical swan with a far reaching bugle-like sound, called either on the water or in flight, as well as a range of softer crooning notes. It can also whistle, especially when disturbed while breeding and nesting. 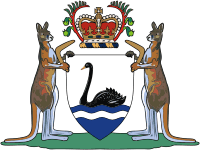 All swans are attractive birds so no wonder they have been used in heraldry throughout the aeons, epochs, eras, and recent times. They feature in mythology – Greek, Norse, Irish, Finnish – in Latin American literature, in fables – The Ugly Duckling; they are revered in Hinduism, and are compared to saintly persons whose chief characteristic is to be in the world without getting attached to it, just as a swan's feather does not get wet although it is in water ... and many many other tales – for another day ...

Thank you Mr Postman for delivering this short story to my mother – I’m off to see some friends who migrate too – spending half the year here and half in South Africa .. so I’m having a quick visit to catch up on the South African news and just generally have twenty four hours away .. not long – I’m going near Goodwood .. yesterday’s post ...

Nice posting. Do you know about these Sanskrit books?

Hugo and I just read the Ugly Duckling to the Kiddos for a bedtime story! How appropriate to be reading this post tonight! :-)

I had no idea the feathers of a swan do not get wet although in water and that in some cultures are compared to a saintly person. Now the story has a deeper meaning to me! "...be in the world without getting attached to it." So interesting!

Have a Blessed week!

Hi SF .. thanks for visiting .. I'm afraid I do not know much about Sanskrit, but I'll learn as I go along ..

Glad you like the posting ..
All the best Hilary Melton-Butcher
Positive Letters Inspirational Stories

Hi Hugo and Roxanne .. well that's what I call telepathy .. the Ugly Duckling is a fun story with a happy ending!

I keep learning new and interesting things .. and I never know what's going to appear next.

Keep reading those lovely stories to the kids and give them a hug from me .. and I'm glad you learnt something too ..

The black swans of Australia are absolutely beautiful! The white feathers on the wings are a start contrast to the black feathers.

Thank you for posting interesting and beautiful birds!

Hi Pete . they were for you .. and it was interesting to learn the differences .. and once again to remember that the world has been evolving for so long ..

Glad you enjoyed it .. all the best
Hilary Melton-Butcher
Positive Letters Inspirational Stories

Hi Hilary, to feel connected to everything is to allow soul to exit your physical body and enter the physical form of a swan to experience life from itsperspective. What a timeless vantage point. Thanks for sharing your insights here!

Hi Liara .. I would love to be swan like .. and as you say to see things from their perspective would be truly brilliant. One day I'll get to grips with learning other philosophical and spiritual aspects ..

Thank you for being here .. good to see you
Hilary Melton-Butcher
Positive Letters Inspirational Stories

Hi Hilary
This post is one of my favorites here. I was called Ugly Duckling when I was a young girl. So as child I have always wish that I will grow to be a swan. So swan has a special place in my heart.
Thanks for sharing.
Giovanna Garcia
Imperfect Action is better than No Action

Hi Gio .. thanks for being here .. I too was called a pig .. which got amended to Ping .. still today .. it's life I guess as a kid - perhaps yours was from your 'school friends' - which can be cruel .. your heart has grown into a swan with the most amazingly generous spirit .. and you are now most definitely beautiful .. and you touch everyone ..

Glad you liked it .. thanks for being here
Hilary Melton-Butcher
Positive Letters Inspirational Stories