Plying the seas has been the main way to trade and transport goods and services or citizens around the known or explored world. When the Kingdom of Crete ruled the Mediterranean waves in 2,500 BC, maritime legislation was already in place, which included official loading regulations, requiring vessels to pass loading and maintenance inspections. Roman sea regulations also contained similar authoritative directions.

During the Middle Ages, the shipping routes in the Mediterranean were policed by fleets from the Maritime Republics, two of which were the Genoese and the Venetian city states, to the extent that other sovereign states would pay for the privilege of protection from pirates in their seas; the City of London in 1190 paid the Doge of Genoa for this privilege. Similarly the Hanseatic League along the coast of Northern Europe operated a trade monopoly. These three alliances each required that ships load to a load line.

The load line symbol for Venice was a cross marked on the side of the ship, while Genoa had three horizontal lines and when Lloyd’s Register of British and Foreign Shipping in 1835 began incorporating load lines into their Regulations, the Lloyd’s mark used is a circle with a horizontal line through it (ultimately with the letters L, R respectively at the end – denoting the Lloyd’s classification).

In the 1800s, as trade increased, ships became larger and faster, steam combined and /or replaced sail, navigation was easier, the world ‘was shrinking’; ship owners and shippers were all too keen to exploit these commercial opportunities both locally and globally.

In the latter half of the 19th century there was an increased loss of ships at sea due to overloading either of cargo or emigrants, these ships were referred to as “coffin ships”; meaning these were unseaworthy and overloaded vessels, often heavily insured, in which unscrupulous owners risked the lives of their crews and all persons on board.

Samuel Plimsoll (1825 – 1898), who had been born in Bristol – the great North Atlantic seafaring port of the 1600 and 1700s – had become an MP and social reformer, after becoming destitute early in life, restoring his fortunes; through this experience, he learnt to sympathise with the struggles of the poor, whereby he resolved to devote his time to improving their condition.

Plimsoll, elected a Liberal MP in 1868, endeavoured to pass a bill dealing with the subject of a safe load line on ships. The main problem was the number of ship-owning MPs in Parliament. Plimsoll persevered and a Royal Commission was appointed in 1873, and in 1875 a government bill was introduced – however Benjamin Disraeli, the British Prime Minister, announced that the bill would be dropped. Samuel Plimsoll lost his self-control, applied the term “villains” to members of the House, and shook his fist in the Speaker’s face.

Well that must have been quite an interesting day in Parliament, don’t you think? Plimsoll eventually apologised, but the point had been made: many people agreed with him, including other Members of Parliament, who shared his view that the bill had been stifled by the pressure of the ship owners, and popular feeling forced the government to pass a bill becoming the Merchant Shipping Act (1876). 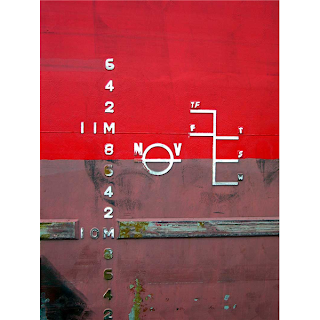 The safe limit to which a ship may be loaded generally became known as the Plimsoll Line. The Line is actually a series of lines painted on the outside of the ship, showing the various safe levels to which the ship can be loaded.

Typically the loading levels are marked for loaded and unloaded draught in sea and fresh water, winter and summer, and tropical or northern waters. The reason for the differentiation is that the different conditions affect the buoyancy, as does the salinity, depending on the density: warm water is less dense than cold, and therefore provides less buoyancy; likewise fresh water is less dense than salty seawater.
Ship side picture of Plimsoll Line, courtesy of www.brighthub.com

There are other marks which have been brought into use in the past one hundred and thirty years as our knowledge has increased. For the technically inclined the Summer load line is the primary load line and it is from this mark that all other marks are derived – please see Wikipedia for further details.
Together with Lloyd's Register (LR) and American Bureau of Shipping (AB), Det Norske Veritas (DNV) is one of the three major companies in the classification society business. Here you will see the markings DNV, S is for the summer load line – obtained from BrightHub.

In the 1830s an athletic shoe with a canvas upper and rubber sole was developed as beachwear by the Liverpool Rubber Company (later to become Dunlop). The name plimsoll was coined, as the coloured horizontal band joining the upper to the sole resembled the Plimsoll Line on a ship’s hull, or because, just like the Plimsoll line on a ship, if water got above the line of the rubber sole, the wearer would get wet.
A rubber sole protects us, while the painted load line and regulatory enforcement of these hieroglyphical lines and cryptic initials ensure that we sail safely having gained our engineering knowledge following the principles of Archimedes Principle on flotation applied by the generations 2,200 years later.
Thank you Mr Postman for visiting today .. we will remember our sailing exploits, or playing around in the bath as kids displacing water in all directions around the bathroom - the dirt rim was called a tide line I seem to remember; also our first plimsoll shoes, as they were called when I was at school, and which we used at home a great deal .. I seem to remember having to whiten them.

I loved learning about how the term Plimsoll for shoes and ship load lines came about. He was one brave and principled man, and I was happy to read here about how he got the law to protect the lives of those at sea. Great post!

What a wealth of knowledge was in that post. You hear people all the time say " I am one person what can I do?" This man proved what one person can do if they do not give up. Did not know that about the shoes. Thank you for all this knowledge.

Hi Daphne .. thanks for that .. yes he seemed to have had a good character - he worked his way to the top of a brewery, then tried to become a coal merchant - hence the 'crash' .. but he learnt from his mistakes.

He certainly was very determined and we canlearn so much from him .. to keep going ..

Glad you enjoyed the law part! Thanks for coming by ..
Hilary Melton-Butcher
Positive Letters Inspirational Stories

Hi Deanna and Dan .. it's always interesting to learn how terms come about .. and where the names of things come from .. or how and why someone was determined to do something, or some disaster happened changing the course of that particular bit of history ..

Shipbuilding stands out to me in this post. Readers may be unaware the World Acadian Congress is currently underway in New Brunswick, Canada. The numbers of visitors are mindboggling, and many come for more than family reunions. They discus strategies for their industries, including shipbuilding. Check out the web on Acadie 2009.

Hi Liara .. thanks for that .. shipbuilding is for another post or two .. but thanks so much for the info re the Acadians. I have to say I know little of the history of the French and British in Canada .. but this obviously very interesting and eye opening re movement of peoples .. natural and deportation.

Unfortunately the site is in French .. and being British my abilities are very limited .. - though now-a-days I'd like to speak otehr languages .. growing up I was petrified!

I had a look on Wikipedia .. and there's some info there .. in English!

Go well - thanks for visiting .. and I'll see if I can find the ship building part ..

Now we need to do the same with some of the things that our governments are trying to put into place. We need to work as hard as he did to keep out bad laws as well as getting in the good laws. Thank you again for the great post. It is a joy to read your posts. Hope that your mother liked this one we sure did. Give her a hug from her fans.

Hi Hilary
I am always amaze by how much you know about so many topics. What a wonderful and positive story. :-)
Thanks for sharing.
Giovanna Garcia
Imperfect Action is better than No Action

Hi Dan and Deanna .. it's the way laws are made .. here we have private member's bills, which do not form part of Government's policy. Some get the public support required to push legislation through .. it is a way of bringing politics to the public. Our politics is changing here since the expenses scandal .. we live in interesting times ..

Thanks .. yes sometimes my mother wants to hear the stories, sometimes other things .. particularly about Cornwall. But the other day she remembered the posts I wrote in May! about the Speaker of the House of Commons - she still staggers me!

Hi Gio .. thank you for your compliment .. and for being here. Very pleased to hear you enjoyed it ..
all the best Hilary Melton-Butcher
Positive Letters Inspirational Stories

Hillary,
I like that guy and the shoes! Politics always seem to get in the way don't they? Thanks for giving up this uplifting and positive data. You're always up to something and we never know what to expect.

Hi Tess .. good to see you. Well - perhaps he had a good idea and politics helped him do something about it .. with the number of ships going down and the greedy taking more, while the crews etc went to Davy Jones' locker .. politics helped this time?!

Yes - I like to keep myself amused, you amused - but more importantly my mother .. who continues to surprise me .. when she was first ill .. I was always being sent off, in fact now too! - go and google it, or Wiki it .. find out and come back and tell me! Now it's less is better - hence the two or three subjects per post .. twists and twists .. which entertain, open up doors for discussion etc ..

As long as everyone enjoys themselves and 'learns' something ... and is happy to come back .. then that's great .. Mum enjoys the few she hears .. we mix and match ..

Glad that your mother can do that still. We are sure that a lot of it has to do with the kind of a daughter that she has, one that is there for her. You are inspiring. Keep up the good work.
( With some sleep now and then.)

Hi Dan and Deanna ..thanks so much .. Mum enjoys hearing new things and things that are going on in life .. however that needs to be selected carefully because she has forgotten some things - but still remembers things of this year, last year, five years ago .. and back 80 + years! ..

Thanks for your thoughts - grateful to hear from you ..
Hilary Melton-Butcher
Positive Letters Inspirational Stories