Has the earth's mantle turned into a bed of ants? Cobblers talk Cobblers. A toddler and his floating car ...

These and other stories amuse me and amuse my mother, bringing a smile to her face and often an involuntary laugh before I’ve finished reading them to her, and shocked amazement sometimes .... She loves short stories, not too long and ones with some life in them, amusement, ‘tall orders’ and so on.

A few people in this world like creepy crawlies, a few more of us realise their importance, most of us just want them kept well away: it’s a bug’s life. I subscribe to The Week, which has provided me with fun and amusing stories to read to my mother. This unique digest covers ‘the week’; the content is completely mixed and suits my taste, especially as I have found that shortened or highlighted articles supply me with insights I would simply never have seen, let alone find. 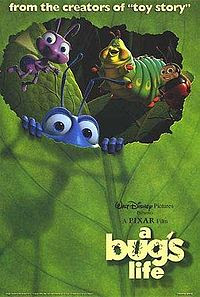 A Bug's Life: Theatrical poster, from the Creators of Toy Story
I still like to read paper, we do enough reading on line, and I love getting a letter or card through the mail, though most are now to my mother! She loves them too, hearing the news of that person or family and I rotate peoples’ letters re reading from long ago, adding my own notations to bring the letter to life again.

Mum has been down here nearly two years now and when she arrived I put Christmas card ‘strings’ up and have attached letters, postcards etc on them, theoretically so I could take them down and re-read them and swap them over: it is a labour of love, that has waned. I now swap a few around as she can only really see one corner of the room and I keep that relatively updated – but it takes time, and I am afraid that’s one thing that has also gone by the board.

I have cheated and put a poster up instead – a wonderful idyllic looking ‘Cornish style harbour and cove’, which everyone seems to love and in particular my mother is very happy to share with her carers and nurses. We also have posters on the ceiling .. into which she can daydream. – and cards around her wall poster.

Back to “The Global March of the Argentine Ant”, a summary of an already short article appearing in a recent copy of The Week: “Are ants taking over the world? Actually, yes, says BBC Online. A team of Japanese scientists has discovered that a single species of ant has established vast colonies in Japan and California, and one in Europe stretching 6,000 km along the coast of the Mediterranean. Moreover, it now appears these major colonies may themselves merely be components of one “mega-colony” stretching across the entire globe.

As a rule, ants from different colonies attack one another, even if they are of the same species. Yet when Argentine ants from the above three super-colonies were brought into contact, they rubbed antennae (a sign of friendliness among ants).Further tests at Tokyo University found striking similarities in the chemical profiles of the hydrocarbons on the ants’ outer shells, suggesting they were all originally from the same family. “The enormous extent of this population is paralleled only by human society,” the researchers noted in their study, published in the journal Insectes Sociaux (Switzerland).”

I do reply to each and every letter friends and relatives have sent us, as well as send a ‘round robin’ of up to date news, and where we are at, which will have a personal note on it. The thought of how many that is over two and half years is somewhat daunting! To make my letters interesting I would let everyone know the things we laughed at, the subjects my mother was interested in and amused her – these snippets of life, amongst the gloom of the Acute Brain Injury Unit, or hospital, or Nursing Centre as now seemed to cheer everyone up and encouraged more post.

I just thought I’d transition those letters across to this blog, and extrapolate the concept a little: my mother enjoys the blog stories, though we do not read them all – her powers of concentration or ability are not as they were – but she will still amaze with her perceptive comments or sudden remembrances, often some days later, if I have asked her something. 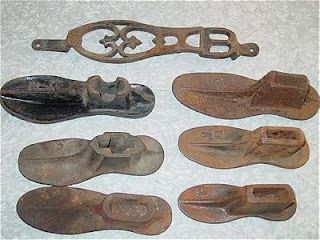 She laughed at this story: From Martyn Hopwood of Devon, written to The Daily Telegraph, reproduced in The Week: Cobblers talk cobblers .... “When living in Bermuda some years ago I need a pair of shoes repaired. One Saturday afternoon I went in search of the local cobbler and found his shop displaying a large sign above the door: “Shoes repaired while you wait.” I handed my pair over. “They will be ready next Saturday, OK?” “But your sign says, ‘Shoes repaired while you wait,’” I protested. He smiled from ear to ear and replied: “You can wait if you like”.
The Gods were smiling on Demetrius, aged 3, this day: he was camping with his family in British Columbia, when he slipped out of the tent for a morning drive, wearing just his nappy and a T-shirt ... as we all would do .. can you imagine the picture .. they look so great at that age .. puppy fat, glowing with health... proud as punch ... driving away. Well he did drive away straight into a stream, now he had a boat – excellent and less power was required by his little legs – he was found safe and well (fortunately!) downstream three hours later. The police spokesman said “I don’t think he realised the gravity of the situation” ... would you at that age?!

Demetrius Jones and his truck!
Don’t you just love a hand written letter dropped through the letter box – it seems to lighten the day and absolutely brings my mother to life, which is so good. Communication for the very young – Demetrius will no doubt soon enjoy his post – and the sick or elderly seems to have become something we should strive for, put more effort into .. a handwritten letter shows a little love, a little thought – I know it helps us.

It’s a bug’s life ... and anyone else you can have a laugh with .. lets find joy in our hearts today .. thank you Mr Postman .. I hope you realise you're walking across a bed of ants!
Hilary Melton-Butcher
Positive Letters Inspirational Stories
Posted by Hilary Melton-Butcher at 15:29

Hi Hilary,
I read about the child with the flowing car. :-) What a stroy! :-)
I must say, I am not a fan of any kind of bugs, but I do like "The bugs life."
Thanks for sharing.
Giovanna Garcia
Imperfect Action is better than No Action

It is amazing to realize that you can permit perception to play tricks on you or, choose to deliberately raise awareness and take control to shape the evolution of how you think and feel. Love the topics you explore here.

Hi Gio .. thanks for visiting. I know you don't like bugs .. not sure what you're going to do with your youngster .. boys be boys!

My mother laughed at the little boy - but heavens above wasn't he lucky ..

Hi Liara .. thanks for being here .. it will be interesting to see what happens .. I've always hoped to watch from above. Thanks for the positive re the topics .. they're all amusing to my Ma ..and she's still interested - it is extraordinary. The brain conked out, but so much is alive and with it ..

I loved this post. It's nice hearing details about how you pass the days with your mother, even though I don't know her personally. A laugh is a wonderful gift, and you've given her so many of these.

Demetrius is one cute and lucky boy! And one day he may even read this post. That's an awesome thought.

Hi Daphne ..that's really kind of you. It is difficult to explain .. it's the whole, not just the visiting etc .. that we need to do to guide her through - she appreciates the interaction so much.

Demetrius sure is one cute and lucky child! Thanks so much for being here -
all the best
Hilary Melton-Butcher
Positive Letters Inspirational Stories

Obviously, you take excellent care of your mother thru her trials and tribulations. It is so difficult emotionally seeing a loved one that way.

You have to admire her strong will to live and her positive attitude. Thanks for sharing your experiences with us!

The Argentine ants are here in Southern California! They are small as far as ants species go but they do spread very quickly.

You don't have to be concerned with bites as much as they go into the house searching for food. They have probably been spread by humans across the globe in food goods or on ships.

Interesting fact about ants :-) I've always been fascinated with these creatures. I couldn't imagine how when they move about,they can cover such long distances in such a short period of time. If only humans could be as agile and energetic!

Hi Jocelyn - thanks for visiting .. good to see you here. It is somewhat tricky to think about how they function, move about, create their societies etc.

I remember looking after some friends' house in SA .. and coming in one day to find a trail of ants from outside into their larder, up the wall on to the shelf with the honey! Staggering and a pain - as I had to clear it up!

Hi Pete - thanks for the post about my Ma - yes .. the brain is incredible and we are so lucky that she doesn't get worried, or realise really what's going on. She does know - but it doesn't come back into her consciousness - yet she's 100% with it at times - I still get ticked off as a small child (not often) and almost always laugh out loud at the presumption .. like I need to look after my hands better (Janice's are in better shape than mine!), or how did I know she'd had a stroke - well Mum I've been with you.

It is weird .. but to have a brain that still functions 88+ years on and I never know what's coming next makes it very tolerable, interesting and extremely meaningful.

Hi Pete .. I think you're probably right re the ants .. but I just thought the informational content quite staggering.

If you look at my reply to Jocelyn you'll see I had to deal with a trail in SA.

They are tiny .. the Army ants in the tropics would be quite difficult to deal with I think ..

Thanks for being here -Hilary Melton-Butcher
Positive Letters Inspirational Stories