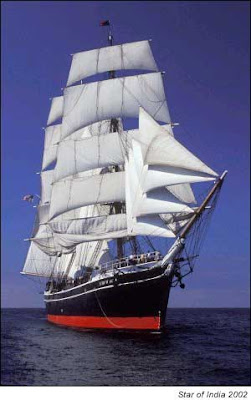 Dear Mr Postman – thank you for delivering this .. and I’m sorry the weather’s a little colder now .. still at least the sun is out today! Enjoy your round ..
Old San Diego
Ships, Saints and San Diego .. ties it all together .. Hamburg has such an amazing waterfront built on the River Elbe, intertwining with the old part of the city and its canals, the long smugglers’ road through old parkland towards the North Sea, while San Diego has this incredible rich Pacific Ocean front, with islands, lagoons, long beaches and ocean walkways.

Hamburg has its Cap San Diego a freighter ship .. but only as old as the Beatles’ story, starting her life in 1962 before she ‘retired’ being overtaken by the rise in container shipping. The “Rikmers Rikmer” a three masted barque from the late 1800s, is moored as a museum and restaurant next door, was of the type ‘Windjammer’ – one of the first iron ships to sail the oceans.

San Diego has its own ‘Windjammer’ called the “Star of India” having been built on the Isle of Man in 1863. Iron ships in those days were experiments of sorts, with most vessels still being built of wood. She was rescued from being scrapped and moored up in San Diego in 1926, restored in the 1960s and finally started sailing again in the 1976 .. and each year she puts forth into the Pacific Ocean – making her the world’s oldest active ship.

Help! applies here .. those days of transportation in the belly of an iron ship must have been too terrible ... to read more please visit the San Diego Maritime Museum.

meadow or pasture by a river. The Charter in 1189 by Frederick I, Holy Roman Emperor granted Hamburg the status of an Imperial Free City and tax-free access up the Lower Elbe into the North Sea, the right to fish, to cut trees and the freedom of military service – so opening the doors to economic growth.
Hamburg in 1150
Hamburg 1572 - 1618

St Didacus (1400 – 1463), San Diego as he is more usually known in Spanish, after a very humble upbringing in the care of a hermit entered the Franciscan Order, served in the Canary Islands establishing a Franciscan community and due to his sanctity visited and was recognized in Rome; his many pious acts miraculously healed many. After his death he was canonized in 1588. 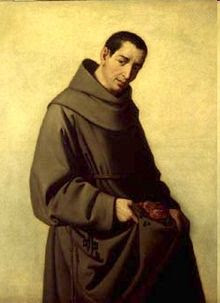 Saint Didacus is the saint to whom the Franciscan mission that developed into San Diego, California was dedicated. Previously San Diego had long been inhabited by the Kumeyaay Indians before the arrival of Juan Rodriguez Cabrillo in 1542, the Portuguese born explorer sailing under the Spanish flag – he originally named the town San Miguel.

However in 1602, Sebastián Vizcaíno , arrived in his flagship San Diego, having been sent to map the California coast. Vizcaíno surveyed the harbor and what are now Mission Bay and Point Loma and named the area for the Catholic Saint Didacus, a Spaniard more commonly known as San Diego. 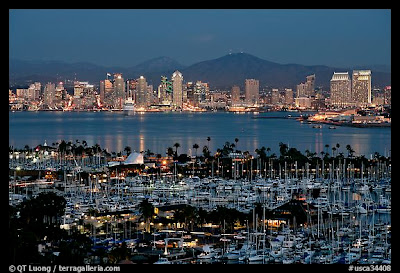 I am really looking forward to having some time to spare in San Diego and having a good look round the city and its surrounding area, to see La Jolla, Balbao Park, the Botanical Museum, the Star of India, Seaport village, the Sprechels Organ (the largest outdoor pipe organ in the world – seems pretty interesting), the old town and all the heritage sites .. and then there’s the hinterland – with its canyons, mesas ..and all the flower fields, which I just missed this year. It looks a wonderful modern city, with some well preserved history.
So there we have Saint Didacus, known as San Diego, Hamburg with its Cap San Diego freighter and Windjammer ‘Rikmer Rikmers’ and San Diego with its Windjammer iron hulled ship, the Star of India ... and Help! so little time so much to see in these two cities alone ..

Thank you Mr Postman for letting us have this letter – it is always so nice to see you and makes my mother happier to remain in touch with the outside world.

Hilary, that is a lot that we did not know about these two cities and all the other wonderful information that you have put into your blog and tied it all together. What an amazing post. Well done.
Dan and Deanna "Marketing Unscrambled"

Gorgeous picture of San Diego, CA and the Star of India. The beaches of San Diego are beautiful and the next time we're in La Jolla would love to stay an extra day just to sightsee. So many wonderful things to see and experience. Maybe we can plan on doing it together the next time you're in California. :-)

Hi Deanna and Dan .. thanks a lot for visiting and learning a bit about the two cities and their history .. great to see you here ..

Hi Roxanne .. I'd love to spend a day with you on the beach with the kiddlies .. it'd be such fun. Just glad you enjoyed the post .. it's all so interesting .. thanks for visiting

The next time you come to visit me in San Diego you are going to have more time here. I am happy you know so much about San Diego already. This will make your next visit that much more fun.
Giovanna Garcia
Imperfect Action is better than No Action

Hi Gio .. I do so look forward to exploring .. and more importantly seeing you and the family again .. I'm not keen on the short fly ins - but such is life .. and my mother is a strong lady and will be around for a while yet - inspiring me on to new work! But - I do look forward to looking around and taking advantage of your wonderful city: thank you in advance!!

Interesting analogy between Hamburg and San Diego! There are definitely some interesting things to do in San Diego. Old town is very interesting...with some great restaurants!

Great information on the history of the name San Diego.....and on Saint Didacus.

Hi Pete .. thanks and glad you enjoyed the tie up .. yes - SD looks lovely and I certainly haven't had time to look around at all.

I was thinking about your posts on Hamburg...to San Diego. Thank you for posting your insights and experiences to your blog!

You have a remarkable ability to tie unrelated topics together! Keep up the fascinating work!

I'm really enjoying your blog. It's a little embarrassing to have to be brought up to date on my own city by someone from overseas, but still very interesting. Believe it or not, I actually live in St. Didacus parish (though I'm not Catholic) and never knew he was San Diego. :):)

I loved meeting you and hope I see you the next time you're here.
Carla Mercer
Miracle Life Solutions

as you know I enjoy writing them .. & glad the thoughts mill around .. it inspires me to keep going ..

Hi Carla .. thanks for visiting and letting me know that you enjoy the blog - much appreciated! I shouldn't worry .. I like to learn and if I can impart some interesting snippets to others - then that's great.

Intersting that you live in the parish of St Didacus .. and the San Diego part - me too: I never knew ..

I'm teaching myself so much!

It'll be good to see you here whenever you can visit - and I'd love to meet up with you next time I'm in San Diego & actually see St Didacus parish!