Skirts – and the connection with what happened 500 years ago and 50 years ago today? Henry VIII got married for the first time and the firstHovercraft was launched on 11 June 2009.

Henry VIII had inherited the throne seven years earlier after his brother, Arthur, died suddenly – and he also, despite the six year age gap, within 14 months had ‘inherited’ his brother’s widow – due to the necessity of diplomatic manoeuvring for an alliance between the Spanish Kingdom and the England of Henry VII.

They married on 11 June 1509 and Catherine became Queen of England as the first wife of Henry VIII of England, and already was Princess of Wales by her first marriage to Arthur, Prince of Wales before his death in 1502.

Both Catherine and Henry were extremely well educated and intelligent becoming a well matched pairing – Henry actually appointing her Regent in his place, while he was in France on a military campaign, because the Scots were invading from the north. Catherine actually rode with some the troops to Northumberland to address the army before they defeated King James IV of Scotland. 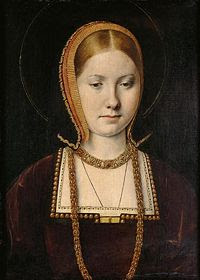 Catherine had studied religion, the classics, Latin histories, and canon and civil law. She had a strong religious upbringing and developed a faith that would play a major role in later life. She learned to speak, read and write in Spanish and Latin, and spoke French and Greek. She was also taught domestic skills, such as needlepoint, lacemaking, embroidery, music and dancing.

Henry had spent his formative years with his mother and two sisters away from the Court of Henry VII, his father. He was allowed much more freedom in his education and upbringing and had an understanding of the Queen’s side of the Court.

Henry was a Renaissance Man and his court was a centre of scholarly and artistic innovation and glamorous excess. He was an accomplished musician and composer, author and bibliophile, and poet. He was also an avid gambler and dice player, and excelled at sports, especially jousting, hunting, and real tennis. He was also known for his strong dedication to Christianity.

It seems that for a man of such strength of character and destiny he was happy with his lot with Catherine – with the major hindrance that there was no male heir, as Queen Mary, as she was to become, was their only living child. This overriding need for a male heir came from his desire to secure the Tudor Dynasty .. and for half his reign Henry became determinedly belligerent in his search for an heir via a new Queen – but despite six wives, did not apparently chase too many skirts. 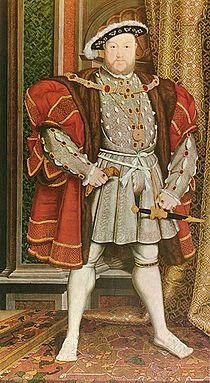 In the end the Tudor Dynasty lasted for just over 100 years, and became secure when Elizabeth I died, as she had made arrangements, through secret negotiations with her cousin James, King of Scotland, for him to succeed as a Stuart to the English throne, uniting the Kingdoms of England and Scotland in a personal union. (Mary Queen of Scots was a Stuart, and had a son James - who became James VI of Scotland, and King James 1 of England, Scotland and Ireland, in 1603, ruling for 22 years).

Four hundred and fifty years later Sir Christopher Cockerell, the inventor of the hovercraft, had not received or been sent an invitation to its launch; so he and his wife tidied themselves up, drove down to the launch site, befriended the gateman who let them in and that was how in 1959 the inventor was present at the launch of his own prototype! This was capable of carrying four men at a speed of 28 miles per hour, and on 25 July 1959, some weeks later, thefirst successful hovercraft crossing of the English Channel, between Dover and Calais, was made.
Cockerell's greatest invention, the hovercraft, grew out of work he began in 1953. He tested his theories using a hair-dryer and tin cans and found his working hypothesis to have potential, but the idea took some years to develop, and he was forced to sell personal possessions in order to finance his research. By 1955, he had built a working model from balsa wood and had taken out his first patent. It was subsequently demonstrated at The Farnborough Airshow in 1960. 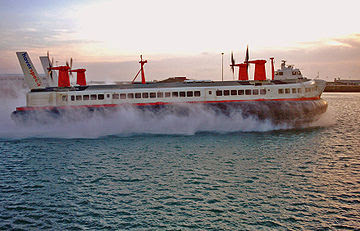 This air-cushion vehicle is a craft designed to travel over any smooth surface supported by a cushion of slow moving, high-pressure air, ejected downwards against the surface below, and contained within a "skirt."

Hovercraft are used throughout the world as a method of specialized transport wherever there is the need to travel over multiple types of surfaces. Because they are supported by a cushion of air, hovercraft are unique among all forms of ground transportation in their ability to travel equally well over land, ice, and water.
Small hovercraft are often used in physical activity, combustion, or passenger service, while giant hovercraft have been built for civilian and military applications to transport cars, tanks, and large equipment into difficult or hostile environments and terrain. 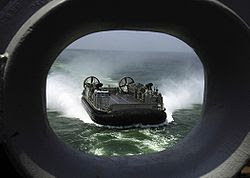 In 1998, the US Postal Service began using a hovercraft to haul mail, freight, and passengers from Bethel, Alaska to and from eight small villages along the Kuskokwim River. In recent years the rescue services- fire service and British Royal National Lifeboat Institution have started to purchase hovercrafts to be used in mixed conditions – eg mud, water, land, flooding; while across the world various countries, including Russia, Finland, China, Greece, UK and USA, all utilise the hovercraft as part of their military strategy.

However the skirt development, which is in use today, is credited to an American inventor, Norman B McCreary of Little Rock, Arkansas, and is known as the “Double Walled Flexible Skirt”.

A strange connection between two ‘Hs’ and two ‘5s’ .. that occurred on this day – 11 June 1509 and 1959 .. five hundred years ago and fifty years ago: skirts or lack of, depending how you look at it ...
Dear Mr Postman .. thank you for delivering this to my mother .. she did enjoy the two House of Commons' ones when we learnt a little about the Speaker ..
Hilary Melton-Butcher
Positive Letters
Posted by Hilary Melton-Butcher at 17:31

Hilary, thank you for the information on hovercraft and Henry Vlll. Have a great day.
Dan and Deanna "Marketing Unscrambled"

Thank you Dan and Deanna .. great to see you here .. and for enjoying the two Hs and Two 5s ..
Hilary Melton-Butcher
Positive Letters

Hilary, I can always count on you educating me on something different and fascinating. Thanks.

Hi Carla .. thank you! Henry is such an amazing king and so much happened during his life time .. hoever crafts are relatively new .. but just coming into their own apparently

Interesting facts on English history with Henry VIII! His obsession with having a son apparently drove his life into a succession of wives!

Mary Queen of Scots was a very strong Queen! Even Kings cannot control their destiny!

Hi Pete .. yes that time of history is pretty amazing - especially with what was going on in Europe with all the various dynasties of royalty, countries, papacy, control of the seas;

Mary Queen of Scots was pretty strong too, but Elizabeth had something else .. her father's offspring - but she too couldn't control her destiny - however, if they hadn't acted like they did .. we wouldn't be 'talking' today!!

Thanks for your appreciation
Hilary Melton-Butcher
Positive Letters

Hi Pete .. I've corrected the text - my uncle putting me right!! I got completely muddled with the two Marys .. but the dynastic tie ins of the Crowns of England and Europe are quite knot making! In very simple terms this is right .. or it'll be corrected again by my uncle!