What do you think of when you see those three words .. like me – a bird .. large, small, red breast, little brown job, or brightly coloured tropical variety; then there’s ‘cherry’ .. so obvious: bright red globules of delicious fleshy fruits; and ermine .. that white fur on traditional robes denoting the high ranking offices of the land – Kings and Queens, the Lords?

Surprisingly the bird-cherry ermine is a moth .. which has just made its spectacular entrance into the world of 2009. These ermine moths have host trees – bird-cherry as here, but there’s apple ermine, and orchard ermine on orchard fruiting trees. The larvae tend to form communal webs, which completely envelop the host, so it appears as an ermine covering. It’s a spectacular sight and can even move out of orchards and onto cars .. see here as in this Dutch photo! 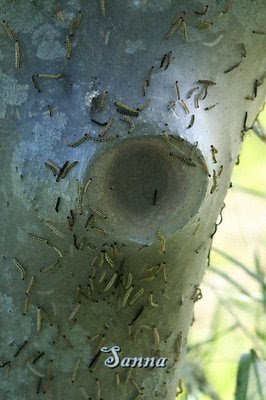 The moths despite the apparent infestation don’t do any major damage to the trees – they recover from their temporary ghostly covering; while most moths play a useful role in the cycle of life as pollinators, or as part of the food chain so essential to life.
The Bird Cherry tree has astringent, bitter-sweet berries which the birds enjoy, while the taste is unacceptable to the western palate, but are commonly eaten in Russia, the Middle East and elsewhere. In the Middle Ages the bark, placed at the door, was said to ward off the plague.
The Hagberry is another common name – with the fruits being known as hags! While in America the chokecherry fruit can be used to make a tasty jam or jelly, the bitter nature of the fruit means you need a lot of sugar to sweeten the jam.
The Morello cherries and other sour cherry cultivars are used for a variety of liqueurs, desserts, preserves and drinks, one of which is Kirschwasser (German for ‘cherry water’).
The cherry is generally understood to have been brought to Rome from northeastern Turkey, while the name ‘cherry’ being derived from the Classical Greek is reflected in the uptake of that name by other European languages.
By the Middle Ages, however, cherries had disappeared in England. They were re-established in Kent, that county of England described as the ‘Garden of Eden’, by order of Henry VIII, who had tasted them when he was on his military campaign in Flanders.
By the 1640s two dozen cultivars had been recorded in the Americas – Massachusetts colonists planted sour cherries on their arrival. Cherries are now popular around the world and if you want cherries at Christmas – go south .. to Australia. 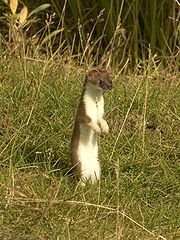 The ermine, stoat or weasel are all names used for this mammal depending on its moult .. the weasel has the brown coat, the stoat also has a brown coat, which on moulting, ‘being in ermine’ refers to the white winter fur it grows. This winter ermine was considered extremely valuable and has been used in art as a symbol of purity or virginity.

The white fur was very highly prized throughout the Middle Ages when status was denoted by the garments and decorations used by Kings and Queens, the nobility and Church. An example of this is the robes used by the Lord Chief Justice of England – the furs would be sewn together making a pattern of black dots. A version of this pattern is used in heraldry as ermine tincture. 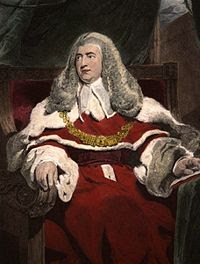 Thus you have this wonderfully named descriptive moth - apparently so simple – but taking us on a journey around the Middle East, the Americas, Asia, Australia; through the millennia from ancient Greece to the modern day; through history – language and heraldry; to an extraordinary visual covering, which I can describe to be read by anyone anywhere in the world .. and disseminated , in due course, in other ways through the new technology of the 21st century.
Mr Postman .. thanks so much for collecting this letter for us - my mother is always interested in these type of subjects .. she just loves new things and learning ..
Hilary Melton-Butcher
Positive Letters
Posted by Hilary Melton-Butcher at 12:56

That ermine is so cute! I've never even heard of them before but it is adorable. It looks like my dog, Bella, when she's begging for a treat.

Hi Dani .. thanks .. I was just amazed at the moth and its 'livelihood' .. just staggering that ermine cover. The moth too is so pretty - and if Bella is that pretty - wonderful!! Enjoy her .. just don't let her near ermine moths .. she'll be enveloped!

Thanks for sharing Bella with us .. it's great to have a loving companion along for the ride with us ..
Hilary Melton-Butcher
Positive Letters

Hilary, all the things that we learn here on your blog. That is why we keep coming back.Have not heard of this moth before. Thank you for the insight.
Dan and Deanna "Marketing Unscrambled"

Ever consider putting a book of these letters together? They are simply marvelous sources of information, facts and insights. You are a gem!

Hi Deanna and Dan .. thanks so much - just glad you enjoy learning as much as I do. No I hadn't seen this moth either .. but the pictures and then the name just tickled my fancy to write about it.

Hi Liara .. coming from you that's a real complement - thank you!

Yes - it's on the schedule, however my Mum comes first and the dramas of earlier this year still need to be sorted .. time consuming.

I have lots of ideas .. which will make life fun and interesting - bringing everything together I hope - well and opening new doors ..

Interesting information on the the bird-cherry ermine. The photo of the infested car was striking.

The history of cherries in England and colonial America was informative.

Hi Pete .. well that car picture worked apparently .. so that's good. I just loved the name and the various connections .. made it fun to write the post - let alone the enveloping web pictures!