Where do you see, in full ceremonial dress uniform, more than 1,400 soldiers, 200 horses, more than 400 musicians marching as a band, together with a drum corps including its brass and percussion instruments? Today on Horse Guards Parade, celebrating the Queen’s Official Birthday, marking the anniversary of her Coronation on 2 June 1952.

The1st Battalion Irish Guards have spent the last six weeks preparing for the parade, the spectacle of which attracts thousands of visitors from all over the world. Apart from those on parade many more will be working behind the scenes to ensure all goes smoothly.

The soldiers will be in their traditional uniforms of the Household Cavalry, Royal Horse Artillery and Foot Guards, as will the horses and bands be ceremonially dress in all their regalia. The famous Drum Horses of the Mounted Bands are particularly special and will also be on parade.

Horse Guards Parade is a large parade ground off Whitehall in Central London, and was formerly the site of the Palace of Whitehall’s tiltyard, where jousting tournaments and martial games were held in the time of Henry VIII, and was the setting for the annual celebrations of the birthday of Queen Elizabeth I.
The list of Birthday Honours is also announced at this time, having been scrutinised and approved, (there is another list published at New Year) and consists of 1,000 – 1350 names, some honours being awarded solely at the Sovereign’s discretion.

The British honours system is a means of rewarding individuals’ personal bravery, achievement or service to the United Kingdom. There are three types of award: honours, decorations and medals.

Honours are used to recognise merit in terms of achievement and service; Decorations tend to be used to recognise specific deeds; Medals are used to recognise bravery, long and/or valuable and/or good conduct.
Most Commonwealth Realms also release a list of Birthday Honours at this time. Honours are also bestowed on worthy citizens from other countries and upon those in arts and media.
This symbolism and recognition goes back to the Anglo Saxon monarchs (500 – 1,000), who were known to have rewarded their loyal subjects with rings and other symbols of favour; however it was the Normans who introduced knighthoods as part of their feudal government.
The first order of chivalry, the Order of the Garter, was created in 1348 by Edward III, since then the system has evolved to address the changing need to recognise other forms of services as the centuries pass. 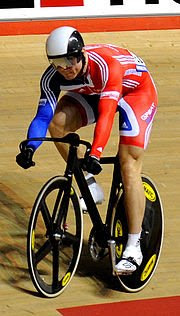 The New Year's recognisable names are the Olympic triple gold medallist, Chris Hoy – now Sir Chris Hoy, together with his mother, Carol Hoy, who received an MBE (Member of the British Empire) for her exceptional service to the Health Service .. the first time a mother and son have received awards in the same year. Eleanor Simmonds MBE, the Paralympian swimming double gold medallist received her honour despite being a minor, aged 14! 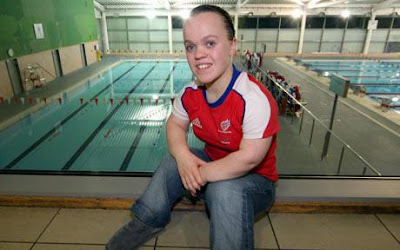 Terry Pratchett, one of the most popular science fiction and fantasy authors writing today received a knighthood. CBEs (Commander of the British Empire) were awarded to Robert Plant in recognition of his being one of the most significant rock singers of all time and Courtney Pine as one of the UK’s most influential and prolific jazz musicians. 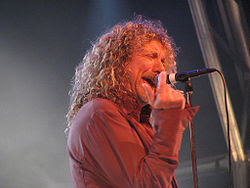 Others include an OBE (Order of the British Empire) for 81 year old Jean Combes, who is a phenologist – an expert in dating tree leaves – whose records are the longest made by a single person anywhere in the world and are proving incredibly valuable in monitoring the impact of climate change. Glaciologist Robert Mulvaney, from the British Antarctic Survey also receives an OBE. He is one of the world’s leading scientist dealing with ice cores.

Michael Sheen also receives an OBE for his role as Tony Blair in the film ‘The Queen’ and David Frost in the film ‘Frost/Nixon’.

Bill Gates was also made an honorary Knight Commander of the Order of the British Empire (KBE) by Queen Elizabeth II in 2005, and Anthony Hopkins and Maggie Smith have both been knighted for their service to the arts, however it is accepted practice to omit the title for professional credits.


The event today on Horse Guards Parade epitomises our British history and heraldic narrative. These ceremonial occasions are completely unique and will not be seen anywhere else in the world, and are peculiar and special to our British heritage and reflect so much that has occurred over the centuries, which has, to a large part, influenced the rest of the world.
Thank you Mr Postman .. I know my mother will love this information and, if she's awake, will enjoy watching the ceremony on Horse Guards Parade with the Queen taking the Colours.
Hilary Melton-Butcher
Positive Letters
Posted by Hilary Melton-Butcher at 17:01

Wow what a rich post. I love men in uniforms!I would like to meet Elanor Simmonds what an inspiration. I would love to see this someday. I think I'll be adding it to my wish list of life.
Thanks for another grand post.

Hi Roger .. thanks very much and it's great to see you here again.

The parade was incredible .. see today's post - Eleanor Simmonds is quite extraordinary .. she appears to be completely unfazed by it all - and she's had plenty of attention.

Our Pomp and Pageantry is pretty special and I too hope you can get over to watch it.

Its curious, in some some sense, why recognition is desired at all. Human beings are born with an ego. One perspective is they exist to learn to detach and dissolve from the desire for pomp and pagentry. As each person learns to love and accept the self as is, then external opinion and approval loses relevance and becomes unnecessary.

Hi Liara .. yes some people are desperate for recognition and some people crave it - despite having it anyway. We just need to learn to get to the level you are talking about.

The Horse Guards Parade appears to be spectacular parade. The regalia, uniforms, horses are all exceptional.

We don't have the pomp and ceremony like the British. It would be fun to see it live one day!

I would love the see the Horse Guards Parade in person. As you know I am a horsie girl :-)
Thanks for sharing. I can tell you put a lot of work into your post. Thanks for sharing.
Giovanna Garcia
Imperfect Action is better than No Action

Hilary, what a great post. All the beautiful photos. That really helps to add to your post. We learn so much from your posts. Thank you so much.
Dan and Deanna "Marketing Unscrambled"

Hi Pete .. glad you're thinking of including one of our ceremonies when you get over (sometime!) .. the British pomp and circumstance is amazing and it was good to watch with my mother.

Hi Gio .. yes - I thought you'd like the Horse Guards Parades .. our ceremonial displays using carriages and horses are a sight to behold.

Thanks - I like making each post as concise as possible, while still giving a reasonable overview and the pictures give a great visual showing.

Hi Deanna and Dan .. thanks very much for your comments .. I'm glad you feel you learn something from them, as well as actually see a fair amount through the photos.